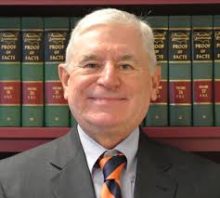 Andy is a graduate of the University of Illinois where he received Bachelor of Arts Diploma with honors.  He received his Juris Doctorate from the Northern Illinois University School of Law in 1979.  Andy’s legal career began as a law clerk and then as an in house attorney for an insurance carrier where he defended workers’ compensation claims.  In 1981 Andy was a founding member of Baum, Ruffolo & Marzal, Ltd. which concentrated its practice representing injured workers in the metropolitan Chicago area and its collar counties.  He also represent claimants seeking Social Security disability.