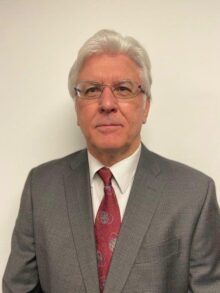 Mike Rolenc is a seasoned workers’ compensation attorney with a wealth of experience representing both injured workers and employers. He has handled cases at all levels of proceedings since 1979. Mike began his career as an in house attorney with several large and well know insurance carriers, handling the defense of cases at what was then known as the Illinois Industrial Commission. He then worked for several private firms handling cases for both petitioners and respondents. His most recent employment prior to joining us was with a firm which exclusively represented injured workers before the Illinois Workers’ Compensation Commission.

Mike is a graduate of DePaul University and received his legal education at the Northern Illinois University College of Law. He joined our firm in December of 2020. We are happy to have him.