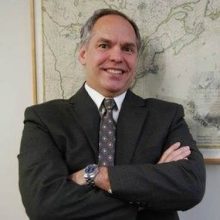 Michael A. Rom is a graduate of Loyola University of Chicago with a double major in History and Political Science which included a semester at the John Felice Rome Center in Rome, Italy. He received his Juris Doctorate from DePaul University College of Law. At DePaul he was a member of the Moot Court Society and was chosen to represent the school at two prestigious competitions in 1992 (Duke University) and 1993 (SUNY-Albany School of Law).  For the past 23 years his practice has concentrated in Workers’ Compensation, representing injured workers throughout the State of Illinois. He has litigated hundreds of claims before the Illinois Workers’ Compensation Commission. In addition, he has argued numerous cases before the Illinois Appellate Court.